Lizann Flatt, Regional Advisor for SCBWI (Society of Children’s Book Writers and Illustrators), stopped by to talk with me today. As she will explain in more detail below, one day she asked herself: “What if animals used math the way kids do?” This simple question led to an association with the animal kingdom in order to help kids understand math concepts more easily.

Lizann has also kindly offered to give away a copy of Sorting Through Spring, to be released soon, so find out how to enter below. 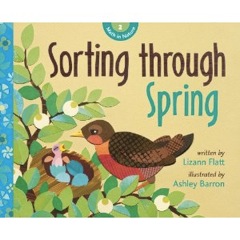 LF: Thank you for having me, Ann Marie.

AMM:  It’s my pleasure. Tell me, did you always want to write for children?

LF:   I'd have to say no, I didn't. But that's because I didn't realize the whole genre existed when I first thought I wanted to be a writer. I mean sure, I knew there were books for kids and teens because I'd read many of them when I was growing up, but in my late teens I wasn't thinking I wanted to write specifically for kids, I was just thinking that I liked to write. It wasn't until I started working at Owl and Chickadee magazines that I realized there was this whole thriving world of kids publishing. But once I found that world I knew that it was definitely where I wanted to be writing. 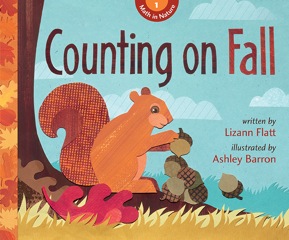 AMM: So what inspired you to write Counting on Fall?

LF:   It was probably when my kids were complaining about their math homework. I got to thinking that people use math ideas in ways we often don't even realize, and I started thinking about how peculiar it would be if animals used math the way people do. Counting on Fall is about counting concepts and fall animal behavior, and the other three forthcoming titles each take a different area of math and pair it with a season. In a very few weeks Sorting Through Spring will be out to explore spring with sorting and patterning ideas.
AMM:  That is such a cool concept, Lizann. Kudos. What would you like young kids to come away with after reading your books?

LF:   I'd like them to have the feeling they've read something fun, that they've thought about counting and how unique it is that we can do that. I guess I want them to think how amazing animals and nature are, even if they don't behave the way we do.

AMM: What is the best part about being a children’s writer?

LF:  I think it's knowing you could really make a positive impact on someone's life if they connect to the book, the subject matter, or the joy of reading through your writing. And when you write for young children you get to work with some amazing illustrators.
AMM:  I completely agree. A good illustrator makes the words on a page come alive. What are you working on now?

LF: I'm working on some other nonfiction picture book ideas as well as a novel which has nonfiction elements in it. It's never easy for me to talk about my works in progress because some of the ideas are loose and hard to make into a succinct description.
AMM:  I can totally identify with that. One last question then. Can you share some fun facts about yourself?

LF:  Fun facts.... I once watched a turtle lay eggs on my front lawn. My favorite color is yellow. I like to bake. 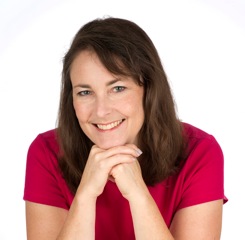 Lizann is the author of many nonfiction books and numerous short stories and poems. COUNTING ON FALL is the first of a four-title picture book series on Math in Nature. Her book LET'S GO! THE STORY OF GETTING FROM THERE TO HERE was named the 2009 TD Grade One Giveaway title, so it was given to every grade one child in . Her work has appeared in LADYBUG, BABYBUG, and HIGHLIGHTS FOR CHILDREN magazines.

In what feels like a former life, Lizann was the editor of Canadian children’s magazine CHICKADEE. She has an Honours English degree. Today she lives in rural with her husband and three children.

And you can find Lizann's books books on Amazon and also here:

Now for the giveaway. Remember that with Rafflecopter, you can enter once a day. The person with the most entries will win a copy of Sorting Through Spring.

Posted by Unknown at 4:21 am No comments:

Typically, I am not a fan of vampire novels. In fact, vampires freak me out, but Adrienne Monson’s Dissension, the first book in The Blood Inheritance Trilogy, intrigued me so much that I couldn’t resist featuring her in my blog post today. 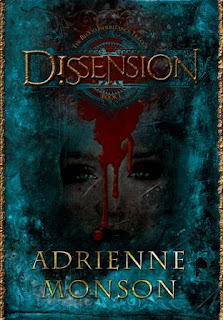 Before I let Adrienne entertain you with her talk about vampires as the ultimate antihero, here is a bit about Dissension, which will released by Jolly Fish Press on February 23rd.

Leisha was once a loving mother with an ideal family. Though this was over two thousand years ago, Leisha still holds that time dear to her heart. But for now, she must focus on trying to escape the eternal and bloody war between her kind—the Vampires—and the Immortals, an undying race sworn to destroy her people. Soon, Leisha finds herself captured by the government only to be saved by a young and mysterious human girl. What entails is the beginning of a long and torturous journey as Leisha and her newfound friend run for their lives while searching for the one thing that can end it all—the prophecy child.

Thanks so much for having me today, Ann Marie! I'm very excited to be here.

Vampires are very popular in today’s media. They are creatures of dark things that we’re drawn to for some inexplicable reason.

My personal experience with vampires is fairly different from others. I actually thought my dad was a vampire when I was really little because he could do this neat party trick with fangs. One minute, you would be having a normal conversation with him, then you glance away for just a second, and when you look back he has fangs bared and a predatory gleam in his eye. He would then proceed to nibble on my neck while tickling me. So I didn’t really think of vampires as frightening.

When I was immersed in a reading frenzy in sixth grade, I picked up a series called The Last Vampire, by Christopher Pike. It was a fun YA series that sucked me right in to that vampire world (no pun intended). Pike had created his own version of how vampires came to be in the first place and gave the modern-day story a thriller/mystery feel.

Then, I expanded my vampire repertoire by reading Ann Rice’s series. I was totally hooked at that point and read everything I could about vampire folklore, whether it was fictional or historical. (Don’t worry, that wasn’t all I thought about – I had many other obsessions. Greek mythology, X-files, rock-climbing, just to name a few.

I’m obviously not the only one drawn to the idea of these creatures. There’s quite a large number out there that loves to read about the dark and tormented vampires. I’ve speculated before on why it is we love these creatures so much. After all, their sole way to survive is to drink blood. Pretty disgusting if you really think about it.

But I think what it really comes down to is this idea of an antihero. I believe Ann Rice was one of the first writers who gave vampires a three dimensional depth. They weren’t just a regular bad guy; they had a past and some were tormented by what they had become. Before that, most fictional writings about vampires had been based on a Dracula-type of character. When Interview With the Vampire came out, it opened up a whole new spectrum of what a protagonist could be.

I won’t go as far as to say that vampires were the first antiheros in literature, but they were one of the first antiheros that the general population fell in love with. From there, things have branched out to all kinds of different antiheros as well as all kinds of different types of vampires. I think it’s really fun that our imaginations have developed so much over the generations to the point that you never know what someone will think of next, even if it’s a twist on an old story. 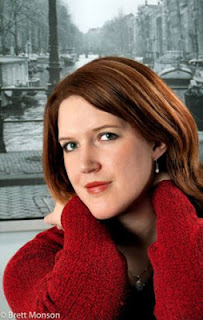 ADRIENNE MONSON, winner of the 2009 Oquirrh's Writer's Contest and the Utah RWA's Great Beginnings, has immersed herself in different kinds of fiction since a young age. She currently lives in American Fork, , with her husband and two kids. Besides reading, she enjoys Zumba, kickboxing, and weightlifting. She also loves yummy foods, so she doesn’t look like a workout guru.

Posted by Unknown at 6:26 am No comments:

I thought I would share with you several quotations that shift my perspective on those days when things seem blue.

So here are a few, in no particular order of importance:

1.         Real painters do not paint things as they are…
They paint them as they themselves feel them to be
Van Gogh

2.         Writing is magic for those willing to follow their imagination to a region where anything is possible
William Kotzwinkle

4.         To love is to understand and feel that the other person is different
Swami Prajnanpad

5.         To slight a single human being is to slight those divine powers and thus harm not only that being but with him the whole world.
Mahatma Gandhi

6.         I want to get to the stage where nobody can tell how a picture of mine was done. What’s the point of that? Simply that I want nothing but emotions to be given off.
Picasso

7.         Our core beliefs generate our emotions.
[no idea where I got this one but it’s a variation of many similar concepts]


I would love to hear your favorite sayings.