What Does It Take to Keep Readers Reading?

Have you ever wondered what it takes to tell a great story? What draws people in? Today I have Liesel Hill, author of Persistence of Vision, Book 1 of Interchron, who will tell you all about how to create conflict in your story to keep your readers reading. 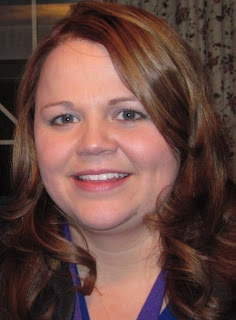 The key to a great story (okay, maybe one of several keys) is great conflict. Have you ever read a story, and you really liked the setting or one of the characters, so you really wanted to like the story, but you just couldn’t make yourself care? This can happen for any numbers of reasons, but more often than not, the absence of compelling conflict is what turns people off to the story. As a reader, it’s frustrating. As a writer, it’s oh-so-avoidable!

I’m often told that my subject matter is very interesting. That’s the non-writer’s way of saying that my conflicts are engrossing. As a writer of dystopian, I have to create conflicts within conflicts. My dystopian world has to be one big conflict, my characters have to be facing conflicts, and it helps if they’re a little conflicted within themselves. So, what makes a good conflict? What is it that makes you devour a story verses devouring dinner instead of reading?

I got to thinking about this and came up with a few keys to keeping your reader engrossed. As you read, apply these points to your favorite stories. They may help you discover the formula for why those stories are your favorites!

2)      Make your conflict something your characters are passionate about. Make sure there’s something very threatening to the MC about the conflict. I recently (tried) to read a novel and stopped about a third of the way through. The writing was actually quite good and the characters were okay, but there almost no conflict in the story. At first the MC was kidnapped, which was good, but then she was suddenly jumping through all these fantastical worlds, and I just couldn’t make myself care. I realized that I had absolutely no idea why she was doing what she was doing. Make it so that if your characters don’t act, something terrible will happen to them or someone they care about. If Frodo didn’t run from the black riders, they would have killed him. If Katniss hadn’t volunteered for the Hunger Games, her little sister probably would have been killed. If your character is passionate to the point of hyperventilation about the conflict (or perhaps putting a stop to it) then your readers will feel the same way. Trust me.

3)      Raise the stakes. No matter how dire things are at the beginning of the story, they must get worse as the story progresses. In a way, you really have to stress your reader out. They must fear for the characters and what will happen to them should they fail. Things can get worse, plans can fall through, a mentor/friend can die, a worse bad guy can show up. These things will cause your characters (and therefore your readers) stress, which means they will keep turning pages because they so desperately need the release of relief when things are finally better. (Why do you think people scream and throw books at walls when a volume of a series ends on a cliffhanger?)

a.      A twist in the plot. Now be careful with this one. You must make sure the twist is both worth it (twisty enough) and also realistic enough to be believable (not too twisty). There are some twists that are done WAY too often. Since The Sixth Sense came out ten years ago, everyone and their dog has ended the story with the-character-is-actually-dead scenario. I also think the-character-is-actually-crazy thing is done too often. The best way to orchestrate a twist is by putting in tiny, subtle details early on. They must be small enough that the reader won’t pick up on them, but potent enough that when you reveal the twist, they’ll remember the details and have a light bulb moment.

b.     Shock your character. I went to a writer’s workshop about a year ago where the speaker (don’t remember her name, which is terrible!) said that you must always know what the worst thing you could do to your characters is. You don’t always have to do it, but you have to know what it is. Doing the worst thing to them definitely heightens the conflict, though. J.K. Rowling was masterful at this in Harry Potter. Books 3-7 pretty much all ended this way. What was the worst thing that could have happened to Harry at the end of book 3? Losing Serious after finally finding him. Book 4? Facing Voldemort unprepared. Book 5? Death of a loved one. Book 6? Death of another loved one. Rowling figured out what would be the worst thing for Harry and did it to him…right before the end of the book. Woman’s a master, if you hadn’t already figured that out.

c.       A betrayal—this one is good, but also sometimes hard to pull off and *warning* your readers may hate you for it. If you take a character that’s awesome and lovable and relatable, and then have him/her betray your MC, that will shock your audience. Some of them will hate you for it, but it definitely ups the conflict.

d.      Death of a character. This only works as a shocker/conflict enhancer if the audience loves the character. Side or stock characters don’t count. By far the best author I’ve seen at this is George R.R. Martin. He always said he wanted to write a book that people were afraid to keep reading. Well, he’s done it. He’s been known to let you love a character for two or three volumes (some of them over a thousand pages, people!) and then kill the character off. Was I sad? Yes. Did I chuck the book across the room and swear? Uh, pleading the fifth. Did it make me a die-hard fan of the series? Absolutely! Just saying.

These are some awesome ways to up the ante in your stories and make sure your reader cares about your characters and their conflicts. Take a moment to examine your favorite stories. If you can find where the author escalated the conflict and made you care just so darn much, you may have discovered the formula for just why those stories are your favorites. Happy stressing everyone! 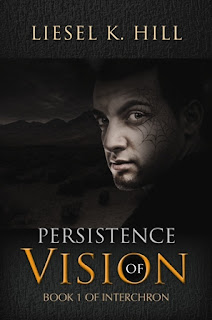 In a world where collective hives are enslaving the population and individuals have been hunted to the verge of extinction, Maggie Harper, and independent 21st Century woman, must find the strength to preserve the freedom of the future, but without the aid of her memories.

After experiencing a traumatic time loss, Maggie is plagued by a barrage of images she can't explain. When she's attacked by a creep with a spider's web tattoo, she is saved by Marcus, a man she's never met, but somehow remembers. He tells her that both he and her creepy attacker are from a future in which individuals are being murdered by collectives, and Marcus is part of the rebellion. The collectives have acquired time travel and they plan to enslave the human race throughout all of history. The flashes Maggie has been seeing are echoes of lost memories, and the information buried deep within them is instrumental in defeating the collective hives.

In order to preserve the individuality of mankind, Maggie must try to re-discover stolen memories, re-kindle friendships she has no recollection of, and wade through her feelings for the mysterious Marcus, all while dodging the tattooed assassins the collectives keep sending her way.

If Maggie can't fill the holes in her memory and find the answers to stop the collectives, the world both in her time and in all ages past and future will be doomed to enslavement in the grey, mediocre collectives. As the danger swirls around her and the collectives close in, Maggie realizes she must make a choice: stand out or fade away...


Here are some of the places you can find Liesel: