The World of 'Fairy Godmothers, Inc.'

Usually, when I think of fairy godmothers, it’s in the realm of fantasy and fairy tales. Jenniffer Wardell’s Fairy Godmothers, Inc. takes fairy godmothering to a whole new level: the world of Business. In Wardell’s book, anyone can rent the services of a fairy godmother… once they are willing to pay the price. 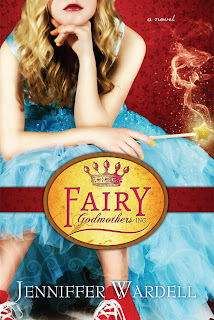 In a world where fairy tale situations are as much a fact of life as death and taxes, everyone knows hiring Fairy Godmothers, Inc. is the best way to assure that your beautiful daughter or enchanted frog of a grandson will get the happily-ever-after he or she deserves. Sure, sometimes a little love potion is required to make sure those quotas stay up, but what Prince Charming doesn’t know won’t hurt him.
Kate, an experienced Fairy Godmother, who’s enough of a romantic to frustrate her rigidly rule-bound boss, has just received a specialtyassignment from one of the company’s board of directors. Cinderella—Rellie for short—was placed with an appropriately wicked stepfamily years before, and now needs the dress, ball, and handsome prince to complete her happily-ever-after. The fact that Rellie isn’t sure this is her dream come true—balls are fun, but princes tend to be less interesting than ﬂuffy bunnies—isn’t something management considers a problem.
Complicating things a bit is Jon, the youngest son of the royal family, who meets Kate, and is smitten, but isn’t quite ready yet to reveal his true identity. After all, it’s his older brother Rupert who’s supposed to marry Rellie, which means pretending to be a lowly civil servant will give him the chance to spend more time with Kate. (As long as he can get the ball arranged, and stop Rupert from getting himself into trouble over his “self-actualization” business, he should have the perfect opportunity to explain everything and get started on making a little magic with the Fairy Godmother of his dreams.)
But, of course, things never ever happen as planned.
And now, here is Jenniffer, who has kindly agreed to shed some insight into the world she has created. 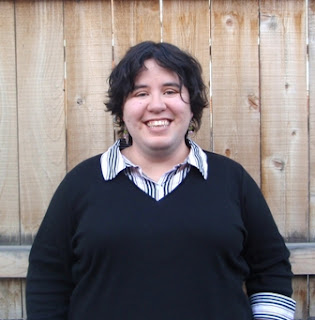 For the sake of narrative convenience, popular imagination tends to shove all the old fairy tales together into the same world. Snow White and Sleeping Beauty might not have been neighbors – wicked queens are more possessive about their territory than cats – but they probably would have heard about each other if either lady ever bothered to listen to gossip.
Which means that there’s a world out there somewhere where there’s a lot of princesses running around getting cursed, True Love’s Kiss is as reliable a cure as penicillin, and witchcraft is a viable career alternative. When things are that reliable, they stop being strange or magical and start being just another thing that happens. Here, politicians lie. There, old women hang out in the woods for no reason. In , it’s just another fact of life.
If things get reliable enough, people start planning for them. If you hear about enough girls marrying princes by hanging out in castles pretending to be scullery maids, parents are going to start dressing up their daughters on the off chance that their kid will be one of the lucky ones. Think of “American Idol” hopefuls, but here the judges are looking for artfully smeared dirt and stealth flirting. It’s more complicated than Match.com, but too many people get results for anyone to argue.
And what do you do to give your daughter (or son) an edge in this kind of romance market? Hire a Fairy Godmother. There’s always room for experts in any world, particularly if they know how to manipulate things behind the scenes to make other people look good.
Of course, there would be plenty of other job titles up for grabs. Your average fairy tale is chock full of witches and sorceress, both good and evil, enough that there are probably more job openings than there are crazed magic users. Inevitably, the people doing the hiring would have to accept people that weren’t quite so good, or quite so evil.
Designations would simply become part of the job title, leading to a world of “good” witches who are terribly crabby and “evil” witches who make wonderful chocolate chip cookies. Town councils would start including funding for the mysterious old woman in their nearby stretch of woods as part of the line items in their annual budget. Selling curses would evolve into a legitimate business, and someone would eventually invent anti-curse insurance.
People would start testing their traditional cultural and societal boundaries, just like they do here. Dwarves, already known as engineers and inventors, would start forming rock bands and getting into interior design. Elves and pixies would be free to head underground and grab some pickaxes, or head to the big city and take up professional wrestling.
Someone would figure out how to make magic mirrors portable, then proceed to make a ton of money until rival companies started flooding the market with knockoff mirrors. Then the original mirrors would get snotty and write withering articles about how the new mirrors were soulless and a sign that society was going downhill.
And somewhere in the middle of it all, a Fairy Godmother named Kate would have to come up with her own definition of “happily ever after.”
Fairy Godmother’s, Inc. is available wherever books are sold.


Blog: http://www.jennifferwardell.blogspot.ca/
Enter below for a chance to win a $25.00 Amazon Giftcard. Who knows? Your fairy godmother might just wave her wand and make you the winner.
a Rafflecopter giveaway

Posted by Unknown at 3:57 am No comments:

When Disabilities Become an Ability

There is an abundance of information circulating about learning disabilities, ADD and ADHD. Emotions run high when parents find out that their child has one or more of these ‘Disabilities’. Many freak out.
However, what if we look at this from another angle? Most things in life are about perspective, after all.
I have invited Amie Borst, co-author of the soon-to-be-released novel, Cinderskella, to shed a different light on these issues. 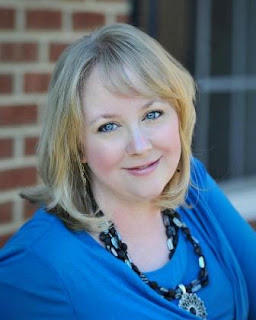 Thanks for having me on your blog today, Ann Marie!  It’s an exciting journey to publication and even more emotional when a child author is involved.
My 12 year old daughter, Bethanie, co-wrote our book, Cinderskella, when she was only 9.  We worked on refining, revising and acquiring feedback through my critique group and beta readers.  We even read the book in its early stages to her classmates! 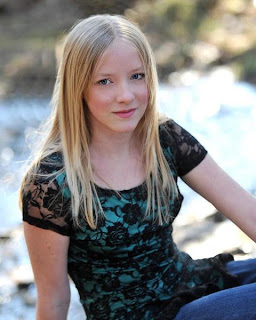 Of course, these tasks were made even more difficult because of Bethanie’s disabilities.  She has ADD/ADHD among other learning disabilities and keeping her attention to the work at hand really required effort.  But it was a great exercise for both of us.
We discovered the ways that Bethanie works – and learns – best.  As with most children with learning disabilities, she likes to be hands-on.  So she enjoyed cutting clips of paper, dividing them into color-coded categories such as characterization, theme, plot, and world-building, and taping them to our storyboard.
When it was time to write, she functioned best when I broke the work down into bite-sized pieces for her.  Instead of writing an entire chapter, she liked writing a pivotal scene.  Then I was able to apply that scene in the framework of a chapter.
And, when the manuscript was complete, instead of presenting her with a 230 page manuscript, the best way to involve her in the editing process was to have her read one chapter at a time.  She also enjoyed being read to, which I then allowed plenty of time for interruptions and notations as she suggested changes.
I was able to discover her strengths as well.  Bethanie is incredibly witty.  Her sense of humor is a true delight.  She has a vivid imagination rich with descriptions.  And she has the ability to keep it real so that the story is relevant to children her own age.  I’m too old and talk too much like a mom to “get it” as she would say!
So while some may call disabilities a challenge, we think it’s what makes her so creative!  After all, Bethanie may have some learning disabilities but it hasn’t kept her from being a published author at such a young age!

About Cinderskella:
Cindy might think that being 11 ¾ is pretty awful, but she’s about to find out that there’s nothing worse than having a horrible, terrible curse that turns her into a skeleton at nightfall.

How could anything possibly get worse, right? Wrong! Cindy now has put up with her new step-mother, not to mention her odd behaviors. And forget about getting her biggest crush, Ethan, to notice her. Cindy’s life is as miserable as it gets. But when she learns her skeleton curse allows her to visit her dead mother in the Underworld, she might just be willing to leave it all behind, even if it means putting everyone she loves in danger.
Cinderskella releases October 26th, 2013.

You can find out more about Amie and Bethanie on Facebook and on Amie’s blog.