Joining me today is Lehua Parker, author of One Boy No Water, the first in the Niuhi Shark Saga, which was released in September 2012. The sequel, One Shark No Swim will be available on August 10, 2013.

Lehua has done a remarkable thing. She is in the process of writing short stories around the Niuhi Shark Saga. Two of them, entitled Birth and Sniff, are up on her website  for free download. These novellas give further backstory into the series, and also digs a bit deeper into the Hawaiian mythology behind her books. There's something else you need to know as well. Lehua has given two versions of these short stories. Each is written in Standard American English as well as in Hawaiian Pidgin English. I wonder which version you'll read. 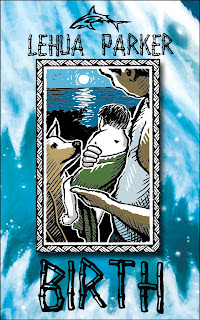 On a beautiful Sunday morning in Lauele Town, Hawaii, all Kahana wants to do is jump in the ocean and catch some breakfast. Too bad there’s something in the water that wants to eat a skinny old man. Unnerved, Kahana and ‘Ilima decide to comb the reef and look for ‘opihi instead. What they find changes everything.
In One Boy, No Water Uncle Kahana told one version of Zader’s birth. In this novella more of Zader’s remarkable story is revealed of how he came to be part of the Westin ‘ohana. While this novella is a companion piece to the middle grade/young adult Niuhi Shark Saga, the themes and content will appeal to a more mature audience. In Lauele Town, Hawaii, Kona Inoye has a problem he can’t tell anyone about. There’s something under his bed that craves sweet-smelling things. Kona’s trying to handle it as best he can, but as a kid things are not always in your control.


I have invited Lehua to share with us the inspiration behind her books.

Aloha, Ann Marie! Thanks for letting me drop by to talk about my MG/YA series, The Niuhi Shark Saga, published by Jolly Fish Press. Book 1, One Boy, No Water is available now. Book 2, One Shark, No Swim, will be available September 2013 as a hardback, trade paperback, and eBook.
The Niuhi Shark Saga is set in contemporary Hawaii and is about Zader, an eleven year old boy who was found abandoned on a reef as an infant and adopted by a local family. On the surface, it’s the story of a kid who doesn’t quite fit in as he grows up in a loving and pretty typical island home. Zader has some unusual quirks that make life rough for him, the biggest being he’s allergic to water. Can you imagine living near the beach and not being able to get wet? For Zader it’s torture not to surf with his brother. He can’t even go outside without carrying a dorky umbrella everywhere! As the story progresses, Zader discovers the reason for his weird allergies and has to make tough choices about how he will live his life.
People often ask what inspired the series. Since I grew up in Hawaii, some of the things are easy to spot; most island kids study karate/lua, dance hula, fly stunt kites, surf, go to Summer Fun, play in tide pools, and eat shave ice. But the heart of the story comes from a movie I watched when I was seven years old.
Sprawled on the cool, polished cement floor in Kahului Elementary School’s cafeteria, all my second grade friends and I were excited about movie day. This year’s movie was from the Legends of Hawaii series. When it first began, we immediately started tittering about the half-naked ancient Hawaiian kids running around on screen. But a few minutes later no one cared that people’s okoles were hanging out because we got sucked into the story about a group of boys a little older than us who went swimming and fishing together. Mysteriously, one by one they started disappearing, never to be seen again. Finally an elder says it has to be a shark.
As seven year olds we lived in the ocean all weekend long and this was before Jaws. We knew we had to watch out for jellyfish and big waves, but we rarely heard about sharks. The idea that our playground could be deadly was new and unnerving.
In the movie, the adults worry and try to keep an eye on the boys, but BAM! One minute a boy’s picking seaweed and the next, he’s gone! There doesn’t seem to be anything anyone can do until finally someone rips the cloak off the shoulders of a boy to reveal a gapping shark’s mouth where his back should be.
“Aiyah!” we all screamed, “It’s him! He’s a shark!
Talk about the stuff of nightmares!
Over decades, parts of the story would drift through my mind and I would realize some important things that I missed as a kid, like the idea that the shark-boy’s parents kept this secret hidden his entire life. Think about that for a moment. He always wore a cloak while everybody else was running around in loin cloths. How could people have missed this? Another big idea was that the shark-boy was eating people he knew. His friends were disappearing, not random strangers.
It made my head spin.
Eventually, all the answers to the why, how, and what if questions I asked myself about this ancient Hawaiian legend twisted and turned into the Niuhi Shark Saga. Zader’s story is not a retelling of this legend, but the idea that danger could hide in plain sight and be hidden even from itself all began one humid afternoon in a cafeteria on Maui. 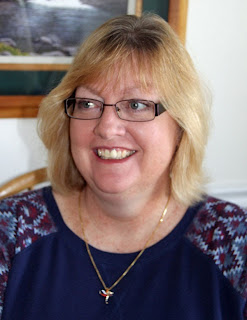 Lehua Parker is originally from Hawaii and a graduate of The Kamehameha Schools and Brigham Young University. So far she has been a live television director, a school teacher, a courseware manager, an instructional designer, a sports coach, a theater critic, a SCUBA instructor, a poet, a web designer, a mother, and a wife. Her debut novel, One Boy, No Water is the first book in her MG/YA series the Niuhi Shark Saga. She currently lives in Utah with her husband, two children, four cats, two dogs, six horses, and assorted chickens. During the snowy Utah winters she dreams about the beach.

To discover more about Zader and his world through free activities, excerpts, stories, and book club guides, please visit Lehua Parker at www.NiuhiSharkSaga.com.