Jolly Fish Press is coming out with some brilliant titles in Spring 2014.  A few days ago I shared the cover release for Eleanor by Johnny Worthen.  Today I have three more really cool book covers to reveal. Plus you’ll have a chance to win a $25.00 Amazon Gift Card.

The first book is Citadels of Fire, a historical novel written by L. K. Hill 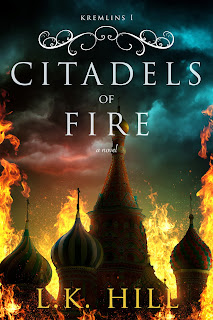 In a world where power is paid for in blood, no one ever aspires to more than what they were born to, and danger hides in plain sight, Inga, a maid in the imperial Russian palace, must find the courage to break the oppressive chains she’s been bound with since birth.
Inga’s life in sixteenth century Russia is bleak until a man she crossed paths with as a child returns to the Kremlin. Taras is convinced his mother’s death when he was a boy was no mere accident and has returned to try and discover what really happened, all during the reign of Ivan the Terrible, the most brutal and notorious ruler ever to sit the throne of Russia. While Taras finds only lies and silence where he seeks truth, Inga struggles with the feelings of oppression that have plagued her for most of her life. Taras gives her the chance to leave her loneliness behind forever, but the cost and future of such a liaison is uncertain and Inga is afraid.
Up against the social confines of the time, the shadowy conspiracies that cloak their history, and the sexual politics of the Russian imperial court, Inga and Taras must discover their past, plan for their future, and survive the brutality that permeates life within the four walls that tower over them all, or they may end up like so many citizens of ancient Russia: nothing but flesh and bone mortar for the stones of the Kremlin wall. 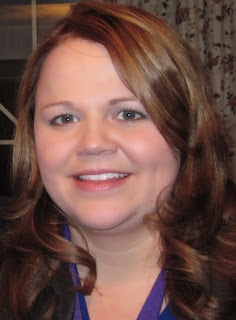 Bio: L.K.Hill is a novelist who writes across three genres: fantasy/sci-fi, historical fiction, and crime drama.  She lives in northern Utah and comes from a large, tight-knit, Christian family. She plans to keep writing until they nail her coffin shut. Or the Second Coming happens. You know, whichever happens first.

Liesel can be found on:


as well as on her Blog and here: musingsonfantasia.blogspot.com

The second book is a YA fantasy, New Sight by Jo Ann Schneider, scheduled for release April 2014. 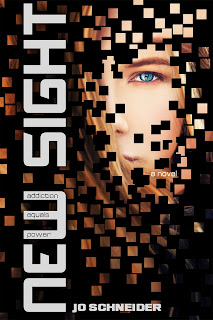 Addiction equals power, but at what cost?

After succumbing to the sudden and terrifying urge to rip people's eyes out of their sockets, sixteen-year-old Lysandra Blake finds herself tied down in a psych ward, convinced she's crazy. The doctors have no answers, and Lys is ready to give up when the mysterious Jeremiah Mason appears, telling Lys that she's not insane—she's addicted to a rare and deadly drug that she has no recollection of using. Mr. Mason offers to take her to his facility where he can treat her.

Desperate yet suspicious, Lys agrees to go with Mr. Mason to his facility where she meets with a fellow addict, the tall and handsome Kamau. Together they discover that Mr. Mason may not have told them the truth about their condition—they're thrown headfirst into a world of daunting powers that are not only unbelievable, they are dangerous. Very dangerous. 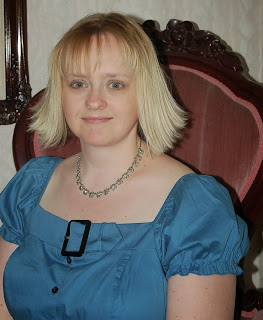 Jo Ann Schneider grew up in Utah and Colorado, and wonders how people who live in flat places can tell where they’re going.  In her sixteenth year, Jo went with her family to Europe.  This spawned a travel bug that will never be satisfied.  One of Jo’s goals is to travel to all seven continents—five down, two to go.
Perhaps the most challenging thing Jo has ever done (besides write novels) was stick with her Shaolin Kempo classes long enough to earn her black belt.  Persistence, not an overabundance of mad skill, is what got her there, and she just keeps going back for more. An intervention may be in order at some point.
Being a geek at heart, Jo has always been drawn to science fiction and fantasy.  She writes both, and hopes to introduce readers into worlds that wow them and characters that they can cheer for.
Jo lives in Salt Lake City, Utah with her adorkable husband, Jon, who is very useful for science and computer information as well as getting items off of top shelves. By day she is a mechanical designer of disgustingly expensive hand-crafted steel lights, and by night she is a ninja.  Woosh, woosh.

Confessions of the Very First Zombie Slayer (That I Know of), is the debut novel by F.J.R. Titchenell. This is a Young Adult Horror-Comedy, to be released May 6, 2014. 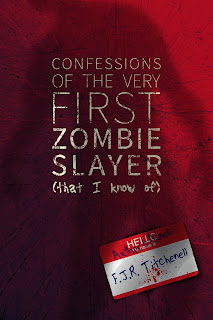 The world is Cassie Fremont’s playground. Her face is on the cover of every newspaper, she has no homework, no curfew, and no credit limit, and she spends her days traveling the country with her friends, including a boy who would flirt with death just to turn her head. Life is just about perfect—except that those newspaper headlines are about her bludgeoning her crush to death with a paintball gun, she has to fight ravenous walking corpses every time she steps outside, and one of her friends is still missing, trapped somewhere in the distant, practically impassable wreckage of Manhattan. Still, Cassie’s an optimist. More prone to hysterical laughter than hysterical tears, she’d rather fight a corpse than be one, and she won’t leave a friend stranded when she can simply take her road trip to impossible new places to find her, even if getting there means admitting to that boy that she might just love him, too. Skillfully blending effective horror with unexpected humor, this diary-format novel is a fast-paced and heartwarming read. 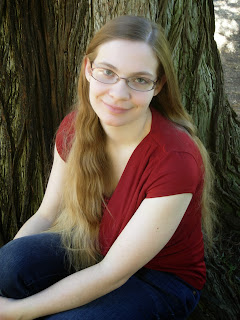 F.J.R. Titchenell is an author of Young Adult Sci-Fi and Horror fiction. She is represented by Jennifer Mishler of Literary Counsel and currently lives in San Gabriel, California with her husband and fellow author, Matt Carter, and their pet king snake, Mica.

The "F" is for Fiona, and on the rare occasions when she can be pried away from her keyboard, her kindle, and the pages of her latest favorite book, Fi can usually be found over-analyzing the inner workings of various TV Sci-Fi universes or testing out some intriguing new recipe, usually chocolate-related.