Imagine for a moment if magic were addictive

I’ve always been intrigued by magic.  Imagine having the ability to do something out of the ordinary like heal people, turn invisible, walk through walls, fly!

But magic as an addiction?

Jo Schneider takes the concept of magic to new heights in her debut novel New Sight, which will be released on April 22nd. She will also be giving away a signed ARC (Advance Reading Copy) of her novel, so see below for details on how to win a copy. 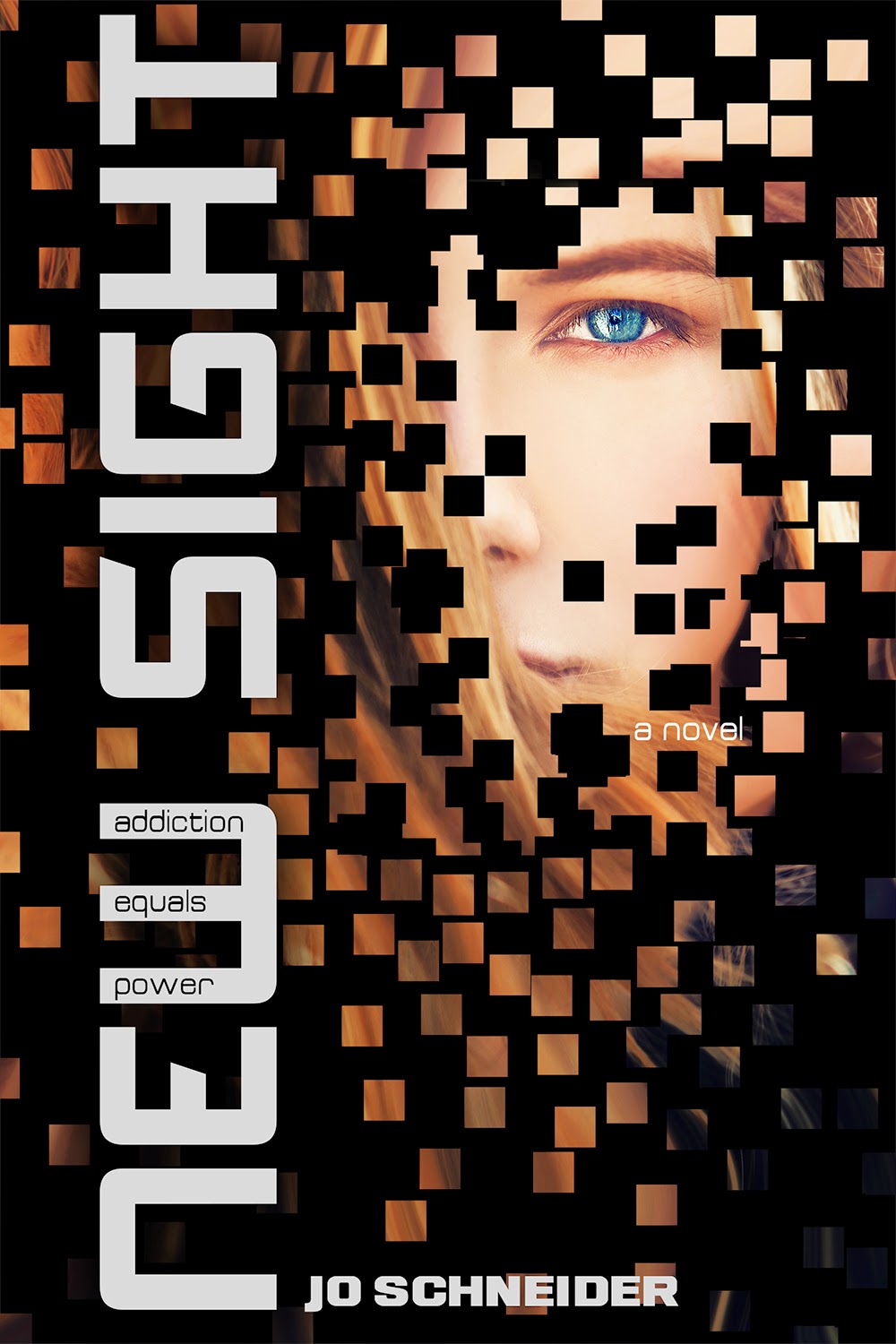 A YA urban fantasy that combines modern drama with classic
themes of addiction and suspense. New Sight reinvents the
underlying factor in all fantasy novels: magic. However, instead of
being wondrous and innocent, magic is treacherous, self-gratifying
and extremely dangerous. Comparable to Brandon Sanderson’s
Steelheart.
After succumbing to the sudden and terrifying urge to rip people’s eyes
out of their sockets, 16-year-old Lysandra Blake finds herself tied down
in a psych ward, convinced she’s crazy. The doctors have no answers,
and Lys is ready to give up when the mysterious Jeremiah Mason
appears, telling Lys that she’s not insane—she’s addicted to a rare and
deadly drug that she has no recollection of using. Mr. Mason offers to
take her to his facility where he can treat her. Desperate yet suspicious,
Lys agrees to go with Mr. Mason to his facility where she meets with a
fellow addict, the tall and handsome Kamau. Together they discover that
Mr. Mason may not have told them the truth about their condition—
they’re thrown headfirst into a world of daunting powers that are not only unbelievable, they are dangerous.

AMM:  Jo, did you always know you wanted to be a writer?
JS: Nope. After my first drafting class in Junior High, I wanted to be an architect. Then I figured out you had to be interested in, and good, at design, so I gave that little dream up,.

AMM: Well from where I stand, it seems that you moved on to a bigger and more wonderful dream. J Still, why fantasy?
JS: Why not?
Mostly I love the diversity that you can put into a fantasy world. You can twist on aspect of our world or create a totally new place that has a bunch of different rules than we do. Both can dazzle a reader and add interesting conflict to the story.

AMM: I can’t argue with that. J What was the inspiration behind New Sight?
JS: Honestly, when I decided to write a book that I wanted to get published, I went through a bunch of different ideas.  I knew that I wanted to write YA fantasy or Sci-Fi, and I tossed a lot of ideas around.
This sound strange, but this is seriously how it happened…I was driving home from work, I recall almost the exact spot on the road, and into my brain came the words, “Kids that are addicted to magic.”
I really didn’t like the idea at first, but who am I to argue with a voice in my head? So I ran with it and ended up with New Sight.

AMM: Rule of thumb: never argue with an inner voice. I’m glad you listened to yours. Can you write anywhere, regardless of the noise level? Or do you need to seek a quiet space, where your muse can roam free?
JS: I can write almost anywhere. I always get in a great groove at the doctor’s office.  Sometimes I go early so I get more time before I go into my appointment. Also, airports and train stations. A six-hour wait in the train station in Moscow, Russia brought forth maybe the most interesting short story I’ve ever written.

AMM: I love when inspiration hits in the most unlikely places. So, has your life changed in any way due to the upcoming release of New Sight?
JS: Well, people think I’m a “real author” now, so I get random questions from people who probably know more about writing than I do. Friends or acquaintances who don’t want to read my book sometimes avoid making eye contact as we pass; that’s pretty funny. Because really, it’s fine. A little bit of success has gone to my head, and now I have no less than a dozen ideas clamoring for my next project.
Getting traditionally published was always my goal with New Sight, so it’s a bit of a dream come true.

AMM: Kudos. I’m a firm believer in dreams coming true. So, what’s next for you?
JS: I’m so glad you asked! Right now I’m working on the second book for New Sight. It’s been giving me fits, but sooner or later I will prevail! So far (and I hate to put myself down) the plot is way tighter than the first book, which makes my author self happy, and should give readers an even better experience than the first book.
Other than that, I’ve got a handful of other projects that I’m dying to dive into. If I get my way, the writing world will be hearing a lot from me over the next few years!
And because it’s all about me, I’ll totally be getting my way…

AMM: LOL!  Would you like to share something about yourself that might surprise your readers?
JS: I don’t have an addictive personality.
Yeah, so writing about addiction was a little hard for me. The second book is proving to be even more challenging. But awesome.
I’d have to say that 95% of the time I can put a book down in the middle of the climax because my reading time is up and for the next twenty minutes I will be cleaning the bathroom.
And sleep. I can generally stop any show or put down any book or end any conversation or pause any game if it’s time to go to bed.
This makes me dull, but coherent.
Once in a while something will tickle my fancy, so to speak, and I’ll get sucked in, but not usually. The Walking Dead, an anime called Fruits Basket and Free Cell (which I had to take off my computer so I wouldn’t play before bed) are my most notable exceptions. But even they will get bumped if I feel something more important is amiss. 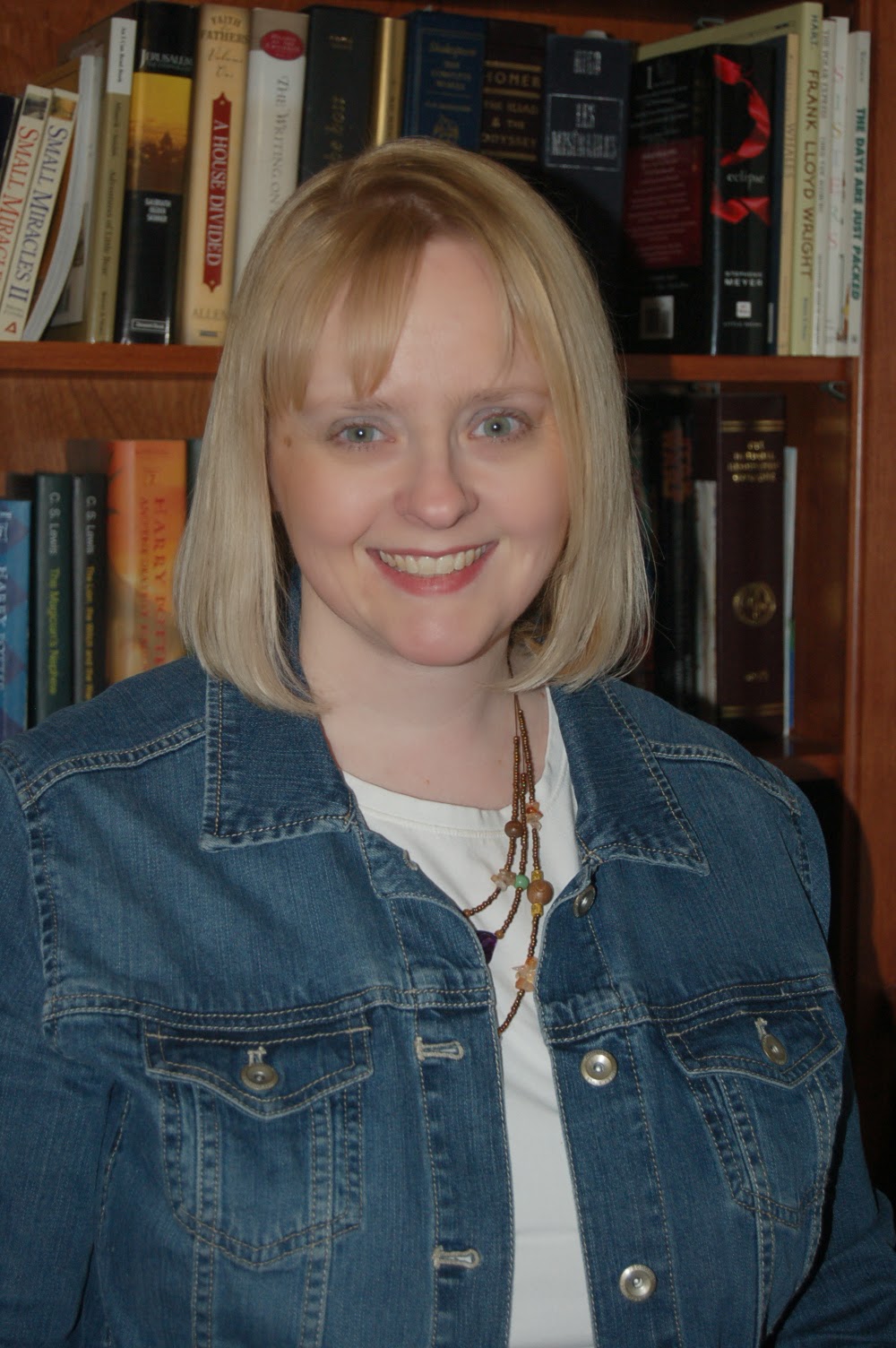 JO SCHNEIDER lives in Bountiful, Utah, but she has spent countless
hours traveling all over the world. Her goal is to visit all seven
continents, and she's nearly finished. Being a geek at heart, Schneider
has always been drawn to science fiction and fantasy; she writes both.
Based on her travels and her experience obtaining a black belt in
Shaolin Kempo Karate, Schneider's works feature authentic,
impressive settings and extraordinary action sequences.
Where you can find Jo and information on New Sight:

Enter to win an ARC of New Sight: