Challenges and Joys of Co-Authoring – by Berk and Andy Washburn, co-authors of ‘Mojave Green’

Have you ever wondered what it would be like to write a book with someone else? I imagine it would be great to brainstorm as needed. I wouldn't be 'alone'. I'd be able to consult with the person who would best understand where I'm coming from. Well, to test my theory, I figured I’d go to the source and ask some experts on the subject.

The Washburn brothers, Berk and Andy, have written two books together thus far, Pitch Green and the sequel, Mojave Green, to be released October 7, 2014. 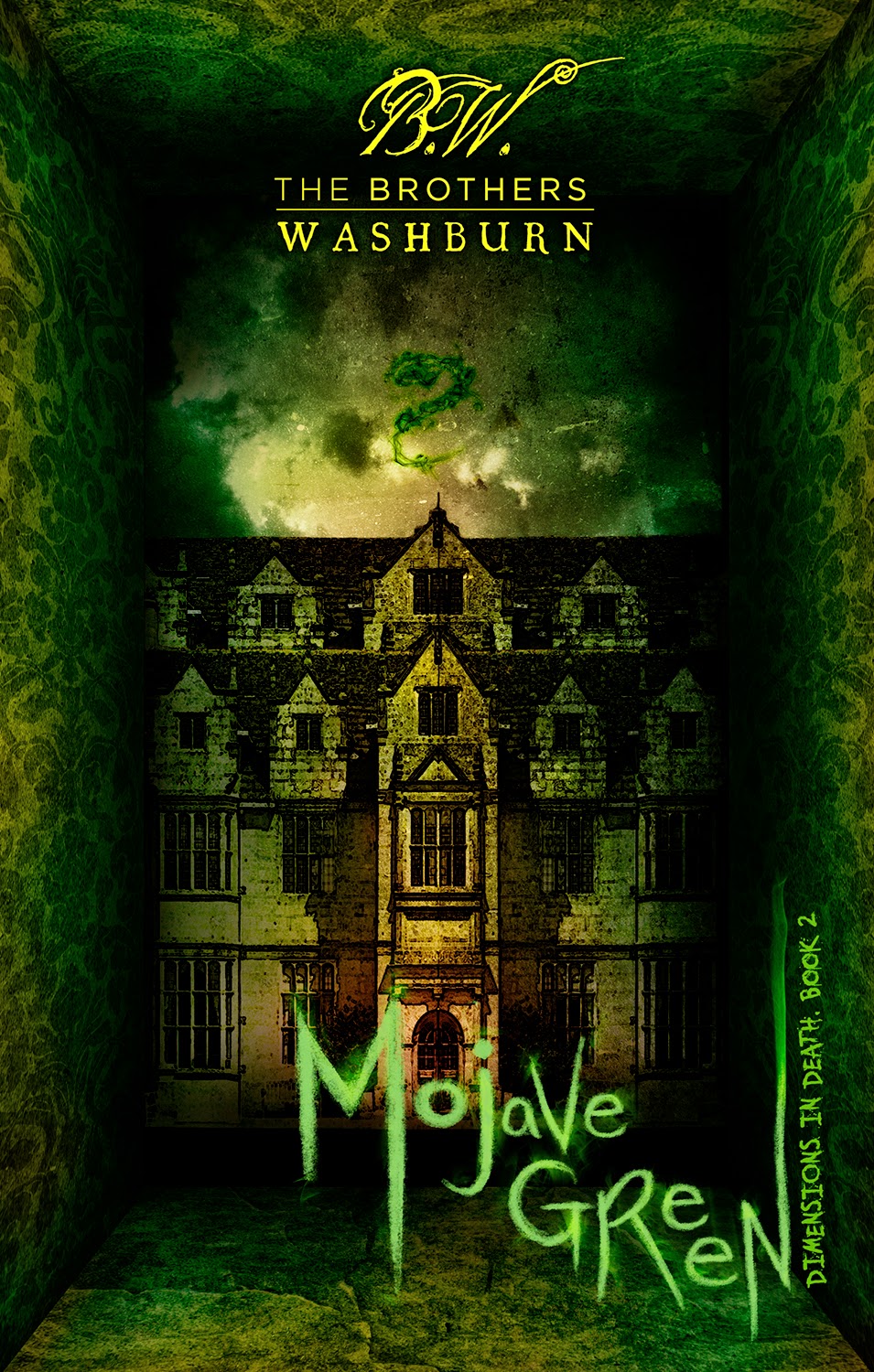 The call from her best friend, Cal, brings news Camm had hoped never to hear. Children are again disappearing from Trona. Has the unnatural creature they killed last year returned to life or has the ancient Searles Mansion spawned a new menace? Ignoring dire warnings from federal agents, the pair take a road trip home with unsuspecting school friends in tow and discover the situation has gotten worse. With monstrous predators seemingly coming out of nowhere, enigmatic forces tear the friends apart, pulling Cal into another world, where his chances of survival are slim. Finally coming to terms with her feelings for Cal, Camm desperately seeks help where she can, even from the dead, but can a rogue agent and other wary misfits help her uncover the long-lost secrets that she needs to rescue Cal and stop the inter-dimensional attacks? The destiny of her own world now lies in Camm’s young hands.

Here are their thoughts on co-authoring? [Oh, and they’re giving away ARCs (Advance Reading Copies) of Mojave Green to three lucky winners. See below for details.]

Pitch Green and Mojave Green are the first two books in The Dimensions in Death young adult horror series. Based on a scary story we used to tell as kids to our siblings and friends, these books combine horror, suspense and mystery at a breathtaking pace, as our protagonists battle to stay alive against an evil presence hiding in and around an old, deserted mansion in a small mining town in the Mojave Desert. (See a summary of the second book, Mojave Green, and a picture of the authors attached.)
So far, we have enjoyed working together as co-authors. As brothers, we get along well, and have a healthy level of mutual self-respect, so we can freely share ideas and challenge each other without worrying about egos. We are more creative when we are bouncing ideas off each other and discussing a broad storyline, but we brainstorm only in a very general way. We actually write separately, and then confer later on what we have been doing, including any plot shifts. Though we sometimes disagree on specific wording, there is usually some friendly give and take as we consider alternatives, then we quickly agree on the final wording. We both appreciate the different perspective and skills that the other brings to the joint writing process.
We are different in how we approach a story. Andy used to be a planner (a habit that came from writing as a lawyer), but in fiction writing, he no longer likes to plan ahead. He likes to develop his characters, and then let them take the story wherever it is going to go. On the other hand, Berk is definitely still a planner. He is always making lists and outlines, not only for the current story, but for future stories as well. In addition to our young adult horror series, we also have written the first two books in a young adult science-fiction series.
Andy doesn’t like having other people around him when he is writing, especially when he is creating new material. There is no real reason for this, just sometimes people bug him. Berk has to organize his surrounding work environment. Once everything around him is in order, then he can detach from the real world and write.
If Andy hits a tough spot in the story development, it is almost always because of outside distractions. If he can get rid of the distractions around him, he can keep writing. If Berk hits a tough spot, he doesn’t try to force it. He stops, leaves the house, picks up some fast food, and then he can come back refreshed and ready to move the story forward. He finds that fresh ideas come naturally when he is eating.
We both find that once we start telling a horror or sci-fi story, the bounds of the story are limited only by our combined creativity and imagination, and that no matter how mature we get in the real world, we are both still just kids in our worlds of horror and fantasy. 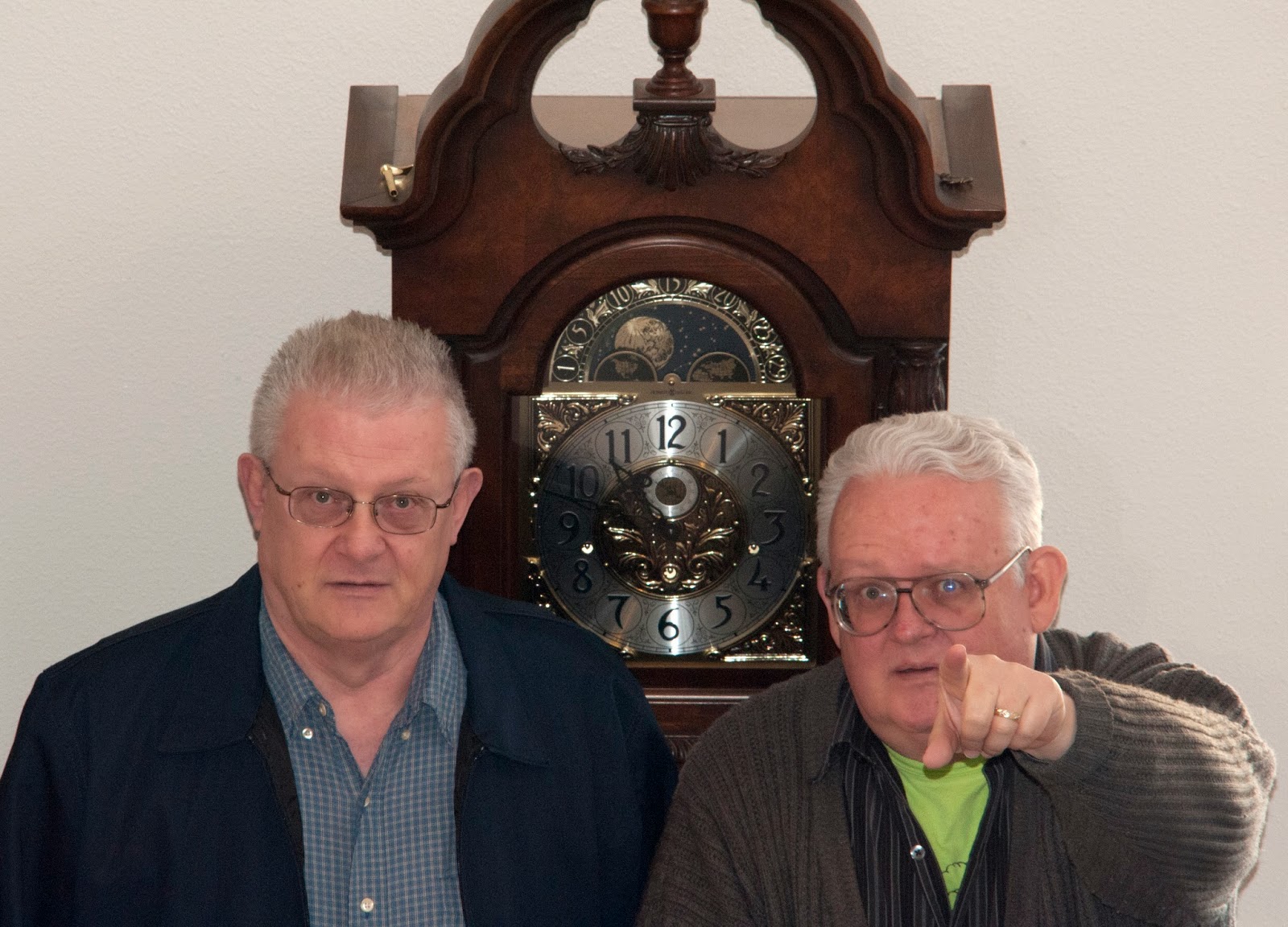 BERK AND ANDY WASHBURN, aka “The Brothers Washburn,” are
both lawyers by profession and writers at heart. They grew up together
roaming the wastelands of the Mojave Desert, where most of the series
is set. Both brothers returned from lengthy and successful careers in the
wastelands of the law to write YA horror stories based on the
wastelands of their youth. Berk lives in St. George, Utah, and Andy lives
in Henderson, Colorado.


Find the Brothers Washburn on: