The Story of the Magic Beans

Actually, the Story of the Magic Beans has nothing to do with Jack And The Beanstalk or with any kind of fairy tale.  It’s about real life and how magical things can happen with perseverance, dedication and the help of a person named Joyce Sweeney. 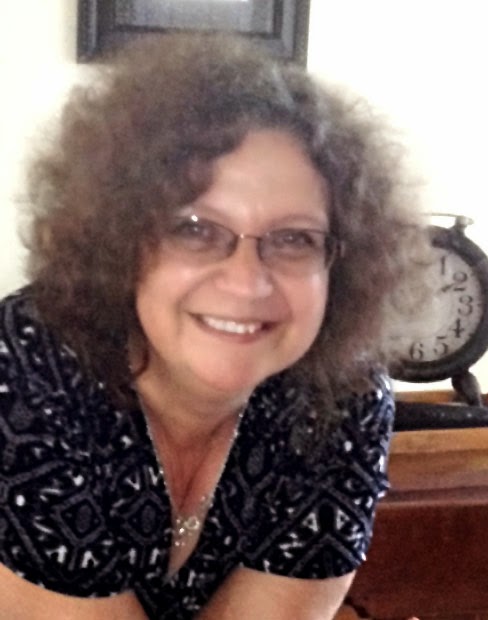 Joyce Sweeney is the author of fourteen novels for young adults and one chapbook of poetry.  Her first novel, Center Line, won the First Annual Delacorte Press Prize for an Outstanding Young Adult Novel.  Many of her books appear on the American Library Association's Best Books List and Quick Picks for Reluctant Readers. Her novel Shadow won the Nevada State Reading Award in 1997.  Her novel Players was chosen by Booklist as a Top Ten Sports Book and by Working Mother magazine as a Top Ten for Tweens. Her novel,  Headlock (Holt 2006), won a Silver Medal in the 2006 Florida Book Awards and was chosen by the American Library Association as a Quick Pick for Reluctant Readers.

Her first chapbook of poems, IMPERMANENCE, was published in 2008 by Finishing Line Press. She has had numerous poems, short stories, articles and interviews published; and her play, FIRST PAGE CRTIQUES  was produced in 2011.

Joyce is also a writing teacher and mentor to aspiring authors both locally and nationwide.  She critiques manuscripts and conducts classes and seminars throughout the state of Florida. She has recently launched a series of online courses: Sweeney Writing Coach. So far, 49 of her students and clients have gone on to secure traditional publishing contracts.

In 2011, Joyce and a coalition of South Florida playwrights, directors and actors formed The Playgroup LLC, which produces original works by local playwrights.  The Playgroup currently presents two productions a year; one program of short plays and one full length play.

Joyce lives in Coral Springs with her husband, Jay and cat, Nitro.


Joyce has the reputation of helping writers become published. To date she has been instrumental in helping over fifty writers, including me, polish their manuscripts to a level that attracted an agent or publisher. With each success, she gives the author a ‘magic bean’.

Why a magic bean? I asked Joyce this very same question. Here is what she said.

The Story of the Magic Beans

In 1994, I decided to start an ongoing writer’s workshop. I realized from teaching five- week workshops, that writers tended to lose momentum the minute the class was over.   So I thought if we brought together a group of hand chosen, talented, motivated writers and they could act as almost a support group as well as a critique group, we might get someone published.  In fact that was my goal. To get one student published in my lifetime.

By 1996, we had our first published student, Noreen Wald. Her book was non fiction, a memoir about her life as a game show contestant and she went on to be a successful writer of cozy mysteries under the pen name Nora Charles.  By 1997, two more students in the class secured publishing contracts and by 1998, there were four more.

I realized, we needed some kind of trophy or award for these people because happily, our group had found a real formula for success.  One of the students had gone to Costa Rica and brought back some lovely seed pods from the Guanacaste tree. She planned to use the pods for an art project but when she broke one open, there were eleven perfect little seeds inside, brown with a black dot in the center. We knew we had our token.  One of the students in the class, Sherri Winston, christened them ‘magic beans’.

That year we had a mass ceremony for the seven students already published.  Because of my personal shamanic leanings, we added a rattle to the ceremony, which evolved into a sort of bridal bouquet.  The bean recipient chooses another student who is very deserving, to shake the rattle at their ceremony.  It’s like passing the baton of good luck.

We used up two seed pods for the first twenty magic bean ceremonies.  Then we had to wait for someone else to go to Costa Rica and get another twenty.  We now know that if anyone goes to Central American, they have to pick up some magic beans.

My first goal was one.  Then ten. Then twenty.  Then fifty.  I passed the fifty mark this year and now I have no limits on how many magic beans I will give out.  As long as people want to work to earn them, I will keep giving them out.

My groups have changed and evolved from in person to online.  I work with students in a variety of ways, teaching, hand-holding, advising.  With every student I get published, I learn a new lesson about the process, and the power of our group grows.  Mostly, I know my job is what it was originally: to stay with the writers and encourage them.  The process, when done right, takes a long time and involves a lot of rejection and encouragement.  But I know if people will stay with me for as long as it takes, I can get them there.  For more information on my work, go to www.sweeneywritingcoach.com.


So you see, everything is possible once you don't give up. I am a strong believer in dreams and how important it is in life to hold on to them... and believe.

Here is the list of writers who received a ‘magic bean’ from Joyce.