Books to Movies And Beyond

The dream of any author is to see our books in print. Yet there’s another dream many of us hold secretly: to see the characters and stories we’ve created unfold before our eyes on a large screen.

Kate Blair, author of TRANSFERRAL, is on her way to realizing this dual dream. 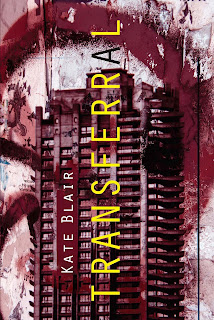 London, England, present day. This is the world as we know it, but with one key difference: medical science has found a way to remove diseases from the sick. The catch? They can only transfer the diseases into other living humans. The government now uses the technology to cure the innocent by infecting criminals.
It is into this world that Talia Hale is born. Now sixteen and the daughter of a prime ministerial candidate, she discovers that the effort to ensure that bad things happen only to bad people has turned a once-thriving community into a slum, and has made life perilous for two new friends.
When Talia’s father makes an election promise to send in the police to crack down on this community, Talia can only think of how much worse things will be for her friends. Will she defy her father to protect them, even if it means costing him the election?
Transferral, the debut from Kate Blair, is a chilling look at a world gone wrong because of its efforts to do right.

AMM: Welcome, Kate. What gave you the idea to write TRANSFERRAL?
KB: I work for a nursing union. At a meeting a few years ago, one of our members talked about her experiences during the SARS epidemic (when a lot of nurses got seriously ill and two died). She said when she walked down the street in her scrubs, people crossed the road to avoid her. She said they treated her like a criminal because they thought she might be contagious.

That story sparked the idea of a world where criminals are punished with disease. Then I went on to explore ideas about scapegoating and justice in our own society.

AMM: I think this is such an amazing concept, Kate, and I can’t wait to read your book. And now TRANSFERRAL has been optioned as a television show. Can you share how this came about?

KB: It's been optioned by Temple Street Productions, producer of the wonderful Orphan Black (as well as Killjoys and Company X and a whole host of other great shows). The option is all thanks to my publisher, Cormorant/DCB. They've been really enthusiastic about the book from the start, and they are the ones who introduced my book to the production company.

AMM: Congratulations again. What are you working on now?

KB: I am currently finishing a pre-submission draft on a book called TANGLED PLANET. It's about a 17-year-old engineer named Ursa who lives on a generation starship that has arrived at its destination planet after 400 years of travel. But she and her crewmates are not prepared for the rigors of colonization. Deadly accidents and unexpected hardships threaten to tear the crew apart. Then Ursa discovers something lurking in the overgrown alien forests of their new home. Something that shouldn't be there. Something that’s killing the colonists, one by one.

AMM: Wow! Sounds like the plot for another movie. Tell me, when you aren’t writing, what do you do for fun?

KB: I don't get enough time for fun! I have a full-time day job and two wonderful small children (who are, to be fair, a lot of fun). I love hanging out with other writers, as I always learn so much. If I had more time, I'd fill it with improv, sushi, museums, travel and escape rooms.

AMM: If you had a choice at any other career, what would it be?

Museums, for sure. I used to be a museum curator, and I'd love to get back to that one day.

AMM: What’s one crazy thing about you that few people know?

KB: I got my tongue pierced when I was in LA once. But a friend of mine who was watching fainted and fell on his face. The poor guy lost some teeth and had to have a load of stitches in his chin and tongue. I took the piercing out the next day. I still feel bad about it! 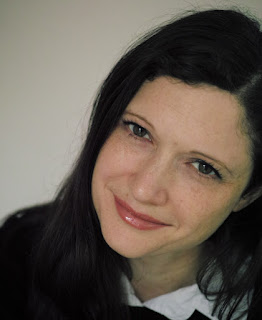 Born on a tiny island stuck to the south of England, Kate Blair has worked as a museum curator, a clown and at a theme park on the Jersey Shore. She is now a young adult author and a speculative fiction geek living in Toronto. She has two ridiculously young children and a lovely husband.

Where to find Kate: